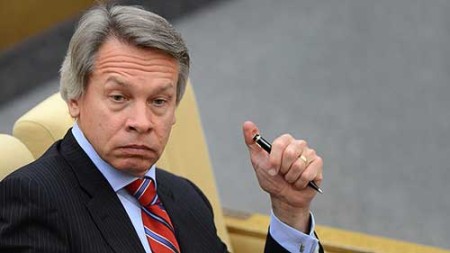 Nick S.: Handing out a Nobel Peace Prize for what someone CLAIMED they’d do in the future was perhaps a slightly hasty decision.

Thomas Pa.: Nick, let’s hope it gives him something to live up to.

Nick S.: I sincerely hope that it will. But being as (full disclosure: I’m from the UK so am not the most reliable/knowledgeable about US politics) from what I can gather, his pre-election promises haven’t exactly been the blueprint for his post-election actions (and yes, being stymied by congress doesn’t help) I’m not convinced.

Nick S.: This is one of those times when I wish I wasn’t right.

Nick S.: (Heh, who am I kidding, I’ve never been wrong so I wouldn’t know what that feels like)

Thomas Pa.: you are going to be wrong this time- let’s hope

Nikki J.: I’d go for “impeachment” if Obama’s plan goes through, but taking away the Peace Prize is a good start.

Michael S.: Hey guys, I agree with what you are saying, but also think that frequently to prevent mass murder (like what’s going on in Syria), you have to go to war. I think that one of the hardest parts of being a world leader. I guess I’m a proponent of realpolitik.The Nobel Peace Prize is really a joke nowadays because it doesn’t mean much in many today’s political circumstances.

Michael S.: I wouldn’t usually say yes to war, but possibly could could when more than 100,000 people have been massacred.

Michael S.: I think that history will judge us poorly if we don’t do something.

Perhaps the answer is to act, but in a way that doesn’t involve military force?

Jonas A.: Well, in retrospect…this type of nation-building intervention was in the American makeup since the very beginning…just ask the Mexicans during the 1842 Mexican-American War or the Cubans, Filipinos and even Puerto Ricans after the 1898 Spanish American War and the Native Americans during the Indian Wars after the Civil War……no one asked America for their opinions to occupy them…and “civilizing” the “natives’….

Nick S.: …or indeed the English (and other nations) who comprised/became Americans. There are very few nations that don’t have blood on their hands if you look back far enough.

[Bit of an aside]
One thing that has always puzzled me about the US is that there’s a far greater degree of patriotism/national pride than there is in the UK, there’s loads of chants of “USA! USA! USA! USA! NUMBER ONE!” and yet ask an American what nationality they are and the answer is (almost always in my experience) “Well, I’m 1/8 Irish, 1/4 Italian, there’s some Polish in there too, etc.” – and I’ve never been able to understand how both things can be true! If you’re that proud of your country, then surely you’ll be proud to identify as being from that country?

Jonas A.: Yeah…that too…just a way of differentiating yourself…just saying…

Nick S.: But why the reluctance to identify as American, and yet at the same time be bragging about how great America is*??! That’s the bit that I really don’t understand

Jonas A.: Also, we are interfering with another country’s Civil War…imagine if the British and French gave explicit support to the South during the last Civil War…and Russia supporting the North…this would not be the country we all know today….

Jonas A.: Hmmmm…not sure why…must be an irrational thing to do…

Nick S.: Sorry, didn’t mean that as a criticism. More of a dumb observation. I’m probably missing something important.