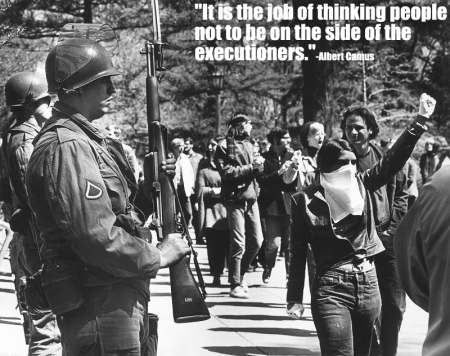 “It is not the job of thinking people to be on the side of the executioners.” – Albert Camus

My Commentary: Never forget the Kent State massacre! During this year’s anniversary of the American government’s murderous crimes against innocent student anti-war protesters, which is today, take a moment to reflect on this egregious violation of human rights committed by a system that has historically purported to legally protect them. We must learn to reject ALL forms of democide – no matter who the perpetrator is – and to discard the blinder-based faith required to adhere to the religion of Statism!