State Regulation of Cannabis Via Medical Prescription, or Natural Right to Freely Use Non-Toxic Plant Without Permission? 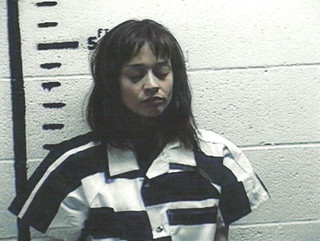 Fiona Apple’s mugshot, after being arrested in Texas for possession of cannabis and hashish in July, 2012

Stan H.: Are you referring to yourself? lol.

Rayn: I’m referring to ALL of humanity, myself included! 🙂

Stan H.: I was implying the hashish angle particularly, lol!!

Rayn: I’m not really a fan of hashish, but to each his own! 🙂

Stan H.: or her own. I thought you were because of that “valentine heart” you had up earlier.

Stan H.: they are all pretty much the same to me

Rayn: I’m sorry to hear that. I can assure you that they are not the same. Cannabis is natural, and in the exact concentration nature intended it. Hashish, on the other hand, is a man-made derivative of cannabis, wherein the more potent chemicals within the buds are extracted, while the leafy portion is left behind, resulting in a much more concentrated substance with which to ingest or smoke. Can you understand the difference, now?

Stan H.: I understand much more now, but unless you’re using that stuff for medical purposes, I don’t agree with the usage.

Rayn: If you don’t “agree with the usage” of cannabis, outside of medical purposes, why not just use your own free-will to avoid the use of plant for YOURSELF? What makes you believe that you could POSSIBLY know what’s best for me? Also, if you are able to regulate what substances I choose to put into my own body, does that not imply that you own my body, instead of me? Yet, Self-Ownership trumps the slavery of authoritarianism! And, besides, logically speaking: No Victim, No Crime!

Stan H.: I don’t know what’s possibly best for you or anyone including myself, but I generally think I follow laws for drug usage in our country. Drug usage seemingly leads to more bad consequences than good overall when not prescribed from an authorized physician.

Rayn: I piss and shit all over America’s “laws for drug usage”! I’m sorry to know that you have developed such unfounded faith in medical authorities – as I don’t suffer from such a dangerous delusion. Gerald Massey said it best, “They must find it difficult, those who have taken authority as truth, rather than truth as authority.” Either way, here’s some information that might make you reconsider your position… or at least, take pause!FDA Approved Vioxx Linked to Thousands of Deaths (27,000+ dead):http://www.nbcnews.com/id/6192603/More Deaths Linked to FDA-Approved Diabetes Drug, Byetta:http://www.nbcnews.com/id/26270848/FDA-Approved Avandia Linked to Hundreds of Deaths:http://www.nytimes.com/2010/02/20/health/policy/20avandia.html?pagewanted=all&_r=0FDA-Approved Anemia Drug, Affyma, Recalled After Patient Deaths:http://investorplace.com/2013/02/anemia-drug-recalled-after-patient-deaths/FDA-Approved Avelox Linked to “Sudden Death” – Hundreds of Victims:http://www.ehealthme.com/ds/avelox/sudden+deathFDA-Approved Yaz and Yasmin Deaths May Exceed 190 in United States Alone: Reporthttp://www.aboutlawsuits.com/yaz-yasmin-deaths-in-united-states-17556/FDA-Approved Baycol Deaths Number 100 or More:http://www.theheart.org/article/277845.doFDA Finds that the Drug They Approved, Zyprexa, Has Killed Thousands (3,400+ dead):
http://www.furiousseasons.com/archives/2008/11/fda_finds_zyprexa_has_killed_3400_people_worse_than_vioxx.html

(update: archived copy of above link located here: http://web.archive.org/web/20120306192858/http://www.furiousseasons.com/archives/2008/11/fda_finds_zyprexa_has_killed_3400_people_worse_than_vioxx.html)And, these represent only a FRACTION of the drugs “prescribed from an authorized physician” that subsequently resulted in the DEATHS of unsuspecting, doctor-and-FDA-trusting patients!If you’re really interested, I could provide a much long list of such drugs, as well as a list of the many drugs that have resulted in birth defects in children, too!Just remember that even OVER-THE-COUNTER NSAIDs (non-steroidal anti-inflammatory drugs), such as Aspirin and Tylenol, which are recommended by doctors as a long-term, daily treatment for arthritis, kill approximately 15,000-20,000 AMERICANS A YEAR! And, this is mostly due to the fact that prolonged use of these drugs can result in ulcers and bleeding within the gastro-intestinal tract of patients:http://www.arthritis.org/research/funded-research/research-update/journal-summaries/nsaid-gi-risk/A word of advice: before you go blindly trusting in your “authorized physician,” I would suggest that you RESEARCH the side-effects, as well as any hidden “black box warnings” possibly attached to any drug that you or a loved one may be prescribed, BEFORE you begin taking it! Otherwise, you might just be signing your own death-warrant! Critical thinking demands it of you!

Stan H.: Good argument. I think what I mean is it seems like you are using hashish recreationally. If that’s the case, why risk using it at all since the unknown and the side effects are so risky? I hope you aren’t getting too mad!

Rayn: LOL. I’m not getting mad. 🙂 I like to share information! Make no mistake, though: I DO NOT use hashish! Here’s a visual illustration of the difference between hashish and cannabis: http://www.drugnet.net/resources/gallery_photo/hashish92.jpg

Rayn: Though I am not currently using cannabis regularly (for the time being, as I plan to move to a cannabis-friendly state just as soon as I possibly can), my previous consumption of the plant was ANYTHING but recreational! As a matter of fact – for a solid decade, I consumed it EVERY SINGLE DAY, and MULTIPLE TIMES A DAY!  With this in mind, I can testify to you that the only risk and side-effects I have EVER endured (besides the munchies – LOL) is the THREAT OF ARREST and IMPRISONMENT by agents of the State!Having been diagnosed with severe social phobia, as well as clinical depression, I have tried a great many of the medications, prescribed by the various psychiatrists I have seen throughout my life. And, not only did NONE of these drugs have ANY lasting positive impact, the side-effects of such were HORRIBLY UNBEARABLE to endure! The trauma that I put my own body through in using these various anti-anxiety and anti-depressant drugs was VERY unnecessary, and ABSOLUTELY UNSCIENTIFIC, when considering the fact that I was never given EVEN A SINGLE PHYSICAL TEST to determine whether or not I actually had the “chemical imbalance” so readily assumed as present by “authorized physicians.” And, ALL efforts to medicate me were purely EXPERIMENTAL – which ALL of my PSYCHIATRISTS ADMITTED to be the case with every single new prescription they tried out on me!It was only after rejecting the use of all of these man-made chemicals, while fully researching cannabis, and sticking with it, ALONE – then, later, going to a cognitive behavioral therapist, that I finally received a formal diagnosis of “Asperger’s Syndrome.” And, this breakthrough only took place because I was FINALLY asked the simple question, “WHY do you have such anxiety?,” instead of simply being asked about my symptoms. It was this inquiry into the REASON behind my symptoms that made ALL OF THE DIFFERENCE, and changed my life!As I’m sure you already know, being Autistic is NOT a “chemical imbalance,” but a NEUROLOGICAL CONDITION – a fact that perfectly explains why ALL efforts to chemically-control my “symptoms” were highly ineffective. My body ALWAYS EVENTUALLY SELF-CORRECTED, after just a few short months of taking my prescribed “medicine”! Meanwhile, cannabis has been the only substance I’ve tried that actually alleviated the major “symptoms” of my conditions in a TRULY MEANINGFUL way, and with ABSOLUTELY NO DETRIMENTAL SIDE-EFFECTS, whatsoever! And, this has EVERYTHING to do with the fact that endocannaboids help to stimulate OXYTOCIN release in the human body – significantly reducing social phobia in those afflicted with the debilitating condition! Besides this, the active ingredients in cannabis also act as a “mood enhancer,” helping to alleviate depression, as well.Just remember: regular alcohol consumption it is not at all safe, is very addictive, and has many real, and documented “risks” and “side-effects” associated with its use, and yet, IT IS 100% LEGAL (for those over 21 years of age)! Meanwhile, those who live in California are able to legally obtain a doctor’s prescription for cannabis upon being diagnosed with either anxiety, or clinical depression! Besides this, recent legislation in Colorado and Washington has legalized cannabis for RECREATIONAL PURPOSES! With all of these things in mind, legality is PURELY MEANINGLESS in the scheme of TRUTH and REALITY! Adhering to what is “legal,” rather than what is MORAL and RIGHT is basically “a slave’s answer” to the difficult questions of life! Dr. Martin Luther King, Jr. once famously stated: “Never forget that everything Hitler did in Germany was LEGAL”! So, I would suggest you follow your own heart in the matter, and not leave your life, liberty and happiness in the hands of the State – or, you’re in for a helluva ride, here on Earth!Rest assured that I own myself, and have a right to live in ANY WAY THAT I PLEASE, so long as I also acknowledge the Self-Ownership of every other individual on this planet. And, of course, this simply means doing no harm unto others – in full adherence to the Non-Aggression Principle that I hold dear! This remains true REGARDLESS of whatever laws are formed around me – which are all created without my consent, mind you)!

Rayn: When my husband and I helped to take care of my terminally uncle by running a hospice right out of our home for a solid six months, back in 2011, I watched him LITERALLY STARVE TO DEATH, simply because he had no access to a plant that would have not only SIGNIFICANTLY HELPED to ALLEVIATE HIS SYMPTOMS, and might have even possibly reversed the growth of the cancerous tumor on his neck, which extended to the base of his skull! Of course, he was provided with plenty of Big Pharma’s very expensive, patented opioids – which significantly contributed to his lack of appetite! And, this happened EVEN IN SPITE OF ALREADY-PASSED MEDICAL CANNABIS LAWS that were in place in the state of New Jersey, SOLELY because of the stalling efforts of ONE gigantic, pompous, scumbag: Governor Chris Christie – who did not want to adhere to THE PRECIOUS LAWS that you hold in such high esteem! Therefore, FUCK “THE LAW”! As I showed you in the articles above, wherein I exposed some of the more dangerous FDA-approved drugs on the market (some even recalled), the “LAW” CONSTANTLY proves itself to not only be UNJUST, but also DEADLY for those who blindly (and/or fearfully) follow it!Feel free to educate yourself about cannabis, so you can better understand my point of view:Marijuana Compound Fights Cancer; Human Trials Next:http://www.nbcbayarea.com/news/local/Marijuana-Compound-Fights-Cancer-Human-Trials-Next-170406116.htmlΔ9-Tetrahydrocannabinol Inhibits Cell Cycle Progression in Human Breast Cancer Cells through CDC2 Regulation (December 2005):http://cancerres.aacrjournals.org/content/66/13/6615.shortDelta9-Tetrahydrocannabinol Inhibits Epithelial Growth Factor-Induced Lung Cancer Cell Migration In Vitro as Well as its Growth and Metastasis In Vivo (July 2007):http://www.ncbi.nlm.nih.gov/pubmed/17621270Cannabidiol as a Novel Inhibitor of ID-1 Gene Expression in Aggressive Breast Cancer Cells (September 2007):http://mct.aacrjournals.org/content/6/11/2921.abstractCannabidiol Induces Programmed Cell Death in Breast Cancer Cells by Coordinating the Cross-Talk Between Apoptosis and Autophagy (May 2011):http://www.ncbi.nlm.nih.gov/pubmed/21566064Cannabidiolic Acid, a Major Cannabinoid in Fiber-Type Cannabis, is an Inhibitor of MDA-MB-231 Breast Cancer Cell Migration (September 2012):http://www.sciencedirect.com/science/article/pii/S0378427412012854I’ll critically think for myself, thank you very much, and not lose a MOMENT OF SLEEP considering the ABSURD notion of the “legality” of any particular thing that I do! I AM AN Individual, I AM SOVEREIGN, and I was BORN FREE! I would rather DIE ON MY FEET, than LIVE ON MY KNEES, bowing down to the injustice of the “law”!

Stan H.: We are all in for a hell of a ride whatever the hell we do! lol