The Fix is In! 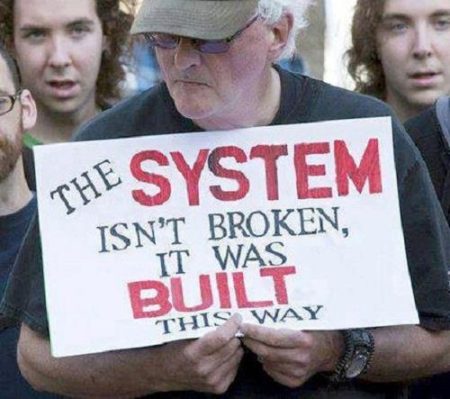 “The system isn’t broken, it was built this way”

Virginia T.: Not from its inception, it wasn’t!

Kari H.: Depends on which ‘system’ you’re referring to..

Jadranka V.: It is built with bodies of 99% of people living these planet!

Jaci M.: I was about to say are they twins?

Tanner L.: No its just broken. Try not to spread tooo much propaganda now.