Discussing the Irony of Hypocrisy

The following correspondence originally took place on my Facebook wall, upon my post, “The Irony of Hypocrisy!“…

Rayn: Oh, the irony of HYPOCRISY! 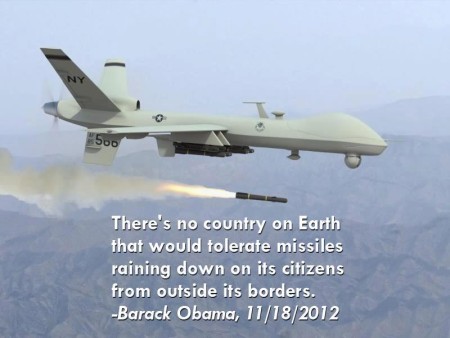 “There’s no country on Earth that would tolerate missiles raining down on its citizens from outside its borders.” – Barack Obama, 11/18/2012

Rayn: It reminded me of Bush’s Speech to UN General Assembly, in September of 2004:

Apparently, irony is completely lost on these lizards.