In America, the Job of the Mainstream Media Monopoly is to Manufacture Public Consent

The following correspondence originally took place upon the Facebook wall of my friend, Charles C., after he posted artwork being shared by the page, “Telling the Mainstream Media it’s Full of Crap“… 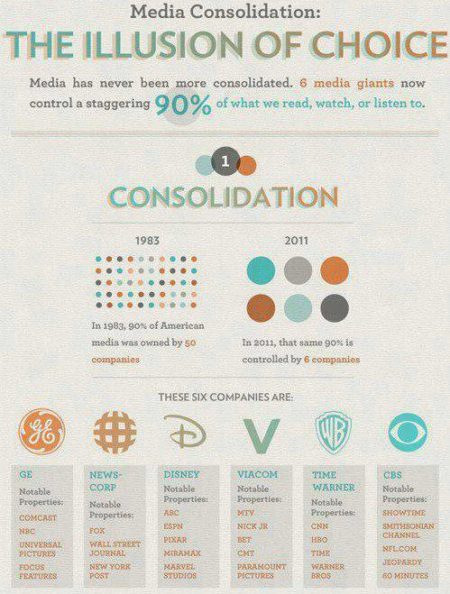 “Media Consolidation: the Illusion of Choice
Media has never been more consolidated. 6 media giants now control a staggering 90% of what we read, watch, or listen to.
In 1983, 905 of American media was owned by 50 companies. In 2011, the same 90% is controlled by six companies.
These six companies are: GE, News-Corp, Disney, Viacom, Time Warner, CBS”