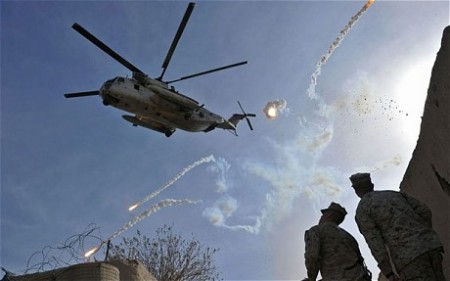 Eight members of an Afghan family, including six children and two women, were killed in a NATO airstrike in eastern Afghanistan, local authorities said on Sunday, although the NATO-led coalition said there was no evidence of any civilian casualties.

The strike took place in the Gerda Serai district of Paktia late on Saturday, the provincial governor’s spokesman, Rohullah Samon, said as foreign and Afghan security forces try to quell Taliban and Haqqani network insurgents active in the area.

My Commentary: “Killed’? No.
MURDERED? Yes.