The following correspondence originally took place on my Facebook wall, upon my post, “Monsanto Continues to Poison the Planet, Unabated!“… 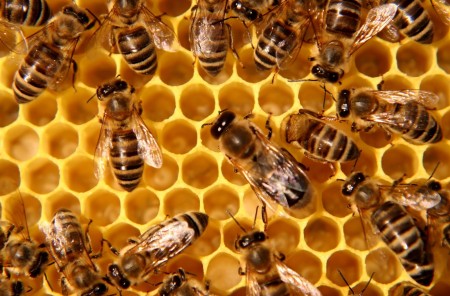 Monsanto, the top ten chemical company that brought us Agent Orange, the Bovine Growth Hormone, Aspertame, PCBs, Roundup herbicide, Ritalin “Terminator seeds,” and the majority of GMOs WILL CONTINUE TO POISON THE EARTH, UNABATED! If you don’t like it, you’re OBVIOUSLY against SCIENCE and PROGRESS, and should have your head examined by a doctor.

Venomous the Ultraemcee: they’ll be the doom of us all

Rayn: Indeed, Venomous… And, without a single shot fired, too…

Venomous the Ultraemcee: yeah I know..they’ve been leading their assault to close as many farms as possible..and forcing farmers to buy seeds from them……GMO seeds that don’t reproduce seeds!!! PLANTASTEIN!

Rayn: Yes. They are genetically vandalizing the planet with their patented garbage, based on the business model of “planned obsolescence.” “By their fruit, you will know them,” alright… And, of course their insect-dna-spliced fruit is sterile… just like all abominations against the code of nature… I’ll bet that wasn’t even the hard part when they GMOed it…

Rayn: Truth has never been too popular among the masses. In most cases, it directly results in cognitive dissonance… Yet, the Truth is eternal, AND will make us FREE, unlike the silence of our friends. 🙂

Venomous the Ultraemcee: also gotta find the news report that stated that cloned meat is ALREADY being sold in the market…but the FDA and USDA said that it wasn’t “appropriate” to label the meat as clones…obviously for loss of profit they would experience

Rayn: I was just telling a friend the other day to look up just how much of the human genome is already patented. And, now I will share the article with you:

Venomous the Ultraemcee: unfreakingbelievable……craziness….patenting the CREATORS creation…smh thanks for the info! I never ran across this!

Rayn: You are welcome, Info-Warrior! The TRUTH is bulletproof! I was just about to share the article to my wall, and write “Who’s Your Daddy?!” as the caption. Synchronicity!