Debating the Validity of the “Occupy” Movement

The following debate originally took place upon my Facebook wall, after I shared a status update from political activist, Mark Dice… 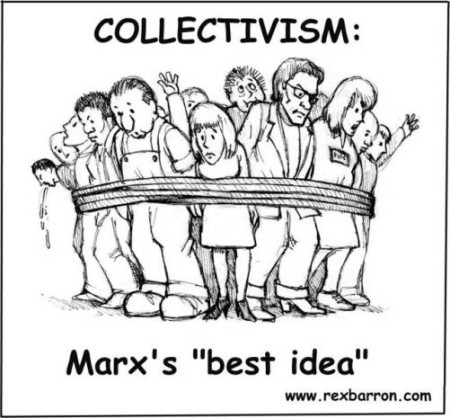 Mark Dice: Dear, the 99%… 1% of the earth’s 7 billion population is 70 million people. Could you please be a bit more specific about who you think the “bad guys” are. Thanks. I suggest a dozen demands about policies that need to be changed, but hey, that’s just me.

Rayn: Don’t let the misguided populist sentiment of the “occupy” movement fool ya! Mindless collectivism IS THE DISEASE, NOT THE CURE!

Katherine C.: Even if they are a bit misguided and their efforts are all over the place, let’s not forget that they are new, and it will take massive efforts for them to unite and get a clear agenda. And frankly, even if they don’t achieve a gosh darn thing, a little protesting, rioting and even revolution is good for nations.

Rayn: Damn sure, revolution is good! Even our so-called Founding Fathers agreed on that! But, it starts in the MIND first, long before it hits the streets! And, that’s precisely how I know that the current “occupations” are all theater! I’ve had my ear to the streets for a long time, and am a member of MANY independent, grass-roots revolution groups. And, you know what? NOT ONE – NOT EVEN ONE OF THEM – was used to help organize these so-called revolutions! Just how can that be? Well, it’s simple: do some quick research, and you will easily discover which billionaires are funding these astroturf “occupy” movements! You might even laugh at how easy it is to dispel the myth about these protests, and should rightfully wonder why others haven’t researched for themselves! The answer is obvious: it’s all about collectivism!

Katherine C.: give me websites…I did do some research but I did not come up with much but I don’t have enough time to really get into it

Katherine C.: I also heard that they have only raised 150,000 dollars. That’s not a lot anyway.