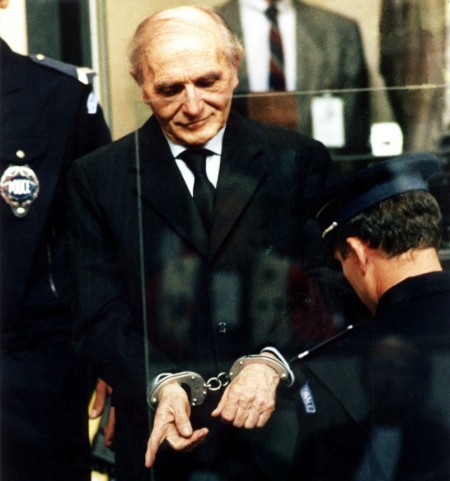 (New York Times) After World War II, American counterintelligence recruited former Gestapo officers, SS veterans and Nazi collaborators to an even greater extent than had been previously disclosed and helped many of them avoid prosecution or looked the other way when they escaped, according to thousands of newly declassified documents.

With the Soviet Union muscling in on Eastern Europe, “settling scores with Germans or German collaborators seemed less pressing; in some cases, it even appeared counterproductive,” said a government report published Friday by the National Archives.

My Commentary: Interestingly enough, as with the 2006 NY Times article I recently commented on, entitled, “New Details Emerge on CIA’s Use of Nazi War Criminals,” once again, there is absolutely no mention of OPERATION PAPERCLIP within! Glaringly omitting pertinent facts from public record, this is mainstream media monopoly gatekeeping and pseudo-jounalism at it’s finest, here. “A half-truth is a whole lie,” so the Yiddish proverb goes.

Apparently, the Cowards-that-Be are using their trickle down scam to ruin a lot more than just the economy!