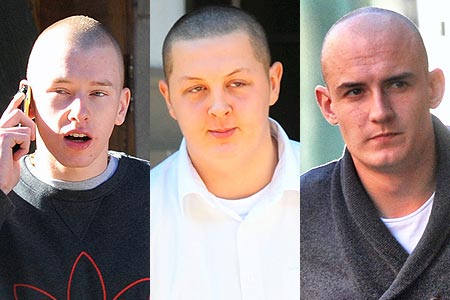 Rayn: This is pathologically pathetic!

Roman S.: what? the children or me?

Rayn: I was referring to the three little lizards in the article – who sadistically abused, violated and tortured an innocent human being for days on end, simply to entertain themselves… AND, to the fact that “a judge – following a Government initiative – decided not to jail them and gave out community service orders and curfews.”

The victim was kidnapped, physically and psychologically tortured, forced to ingest alcohol until unconscious, and also sexually abused & assaulted, while the whole crime was being videotaped by the laughing culprits! The sentence doesn’t fit the crime, whatsoever! It doesn’t EVEN ADDRESS THE CRIME! This is a complete miscarriage of justice, to say the least! The perpetrators behaved like CLASSIC PSYCHOPATHS, and ALSO ADMITTED SO – first, describing their sense of boredom, then behaving as predators, luring a chosen victim into a trap using friendly charm, ritualistically violating and abusing their victim for entertainment like some sort of “plaything,” while showing no remorse, and videotaping it as a trophy, as well as a way to relish in their dark ecstasy again and again! They are an active DANGER TO SOCIETY! They ARE IN DESPERATE NEED OF ROUND-THE-CLOCK INTENSIVE PSYCHOTHERAPY! Without this, they cannot EVEN BEGIN to UNDERSTAND the GRAVITY of THEIR ACTIONS! Sentencing should have been postponed by the judge pending the outcome of full psychological evaluations and subsequent treatment for the culprits! I shake my head as I write this, because the whole sorry affair really is UNBELIEVABLE!!!

Claudia C.: Why are they not in prison for kidnapping, torture and assault????these psychopaths do not deserve to live among decent human beings! How is it possible to escape prison with overwhelming evidence showing their guilt? How can a judge see these acts as deserving a lesser sentence than imprisonment?