Discussing My Artwork, “Torture is Terrorism”

The following correspondence originally took place on my Facebook wall, upon my artwork, “State-Sponsored Torture is Terrorism“… 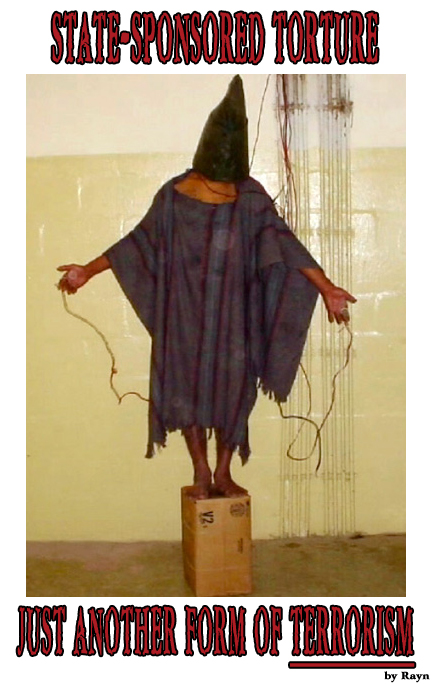 Sara: This makes me sick but sends a message that everyone needs to hear!

Rayn: Sickening, indeed. I started making this when Bush was in office, but didn’t finish until Obama was in. I wasn’t sure if I should put it up, at first, as I had a small twinkle of “hope” that things would “change.” However, I decided that, if anything, the timing was fine because this piece might inspire people to push our new president to investigate, prosecute and cease all abuses occurring at Guantanamo Bay’s Camp X-Ray, as opposed to the “under rug swept” mentality that might perpetuate these war crimes in future possible war scenarios.

Sadly, Obama did very little to change the situation, and later, began actively involving himself in the cover-up, by refusing to authorize the release of many more photos of abuse that were discovered after the original scandal broke headlines.